What information does the certificate of authenticity include?

With each limited edition of any artwork or photograph, we provide a certificate of authenticity in English and Spanish. It includes:

This certificate is also printed using a museum quality paper (Canson Infinity) and we recommend to keep it attached on the back of the artwork or in a safe place.

How should I frame my artworks and photographs?

Please under the info menu, visit “Framing” for some recommendations

Satin vs matte papers. Which one should use?

Unless you have a clear preference for one type of paper or the other, and depending on the lighting conditions, we suggest to select the artist’s recommendation for the paper.

You have more information under the Info menu, “durability”. If this is not enough to clarify the best option for you please contact us.

How are the artworks packed up?

The artworks are packed up carefully to prevent any damage.

A3 and A2 editions ship unrolled. A pH-neutral glassine sheet protects the artwork from scraping against any other surface. Then we place the glassine paper, with the side view of the artwork looking down, on a semi-rigid board to prevent bending and breaks; we use adhesive tape to fix the glassine sheet to the semi-rigid board to prevent displacement during delivery (to protect the artwork corners). Finally, everything is included in a reinforced envelope.

Larger editions ship in a tube. The artwork is rolled up using a pH-neutral glassine sheet on the side view of the artwork, to prevent any damage to the image during this process, and we use bubble wrap to protect it externally. Everything goes inside the shipping tube leaving space on the edges and covering it with bubble wrap, to prevent displacement.

It is recommended that you open your unframed artwork in the frame store.

My artwork appearence is not the exactly the same as on the screen. Why is that?

When you receive your artwork printed on museum quality paper, you probably notice that its appearance is far more spectacular than its digital version.

There is a widespread belief that just by keeping your screen calibrated your print should look the same as the picture in the computer. It is true that the screen needs to be perfectly calibrated to print, but one and the other image versions will be always different because they are on different media, they have different properties and they transmit the light in a different way.

In fact, using the same calibrated screen, the appearance, colours, contrast, the depth of the blacks… shift depending on the type and model of paper (matte or satin, baryta, platinum, edition…).

Some colours might mitigate while others might become more apparent. What is important is that the artist amends the digital version of the image to achieve the appearance that he wants of the artwork printed on the paper of his preference, which is the end of the travel of his artistic expression for the creation of that artwork.

What are the payment methods?

You can pay by card, by bank transfer or by Paypal, whatever suits you better.

Do you keep the customers' bank details?

We do not keep any bank detail from our customers.

How much is the shipping cost?

Once you add your artwork to the chart, you will be able to access to the check out page, and once you introduce your shipping address, the delivery cost will be shown. You will be able to cancel your purchase during these steps.

What company will deliver my artwork/photograph?

Depending on where the artwork is sent, it will be delivered by , UPS, TNT or other major delivery company. We select the best company for each location to keep the shipping costs low, and the speed and reliability high.

What is the delivery time?

Please check the terms of service page to find this information.

What happens if I change of opinion after purchasing an artwork?

Please contact us as soon as possible. If the artwork has not been printed yet, a 100% return will be applied.

Given the custom finishes of the limited editions (hand-signed, hand-numbered, etc.) it is not possible to offer a full return policy. But if you wish to return your artwork once produced, you will only be charged with the production costs.

Do you take overseas assignments?

Yes, we are happy to travel overseas to perform special projects. Please send us an email explaining what you want and we will contact you. 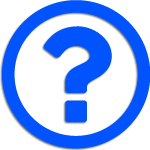 It may be answered in the term of services page,

otherwise please send us an email we will answer you asap

To receive sporadic information about new collections, offers, exhibitions and any other relevant information click here. Thanks!

We use COOKIES to ensure that we give you the best experience on our website. If you continue to use this site we will assume that you are happy with it.Ok